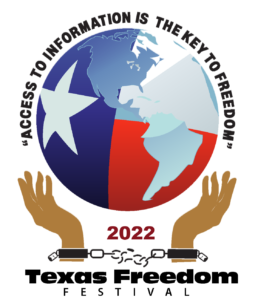 Kathy Rosalie Clay-Little, a native of Oklahoma, began her career in journalism and social activism while earning her degree in journalism from Oklahoma State University. In 1980 Kathy moved to San Antonio becoming an active and dedicated member of Mt. Calvary Baptist Church and a respected member of the media community. Kathy was founder and publisher of African-American Reflections newspaper and president and founder of Kat C Communications Public Relations and Marketing. She was a frequent guest commentator on local radio talk programs and was a highly respected community leader sought for comment and input by the mainstream media. In 2002, she became the first and only African American newspaper publisher to serve as an editorial columnist with the San Antonio Express News. Kathy was the recipient of numerous awards, but was best recognized by the programming that she sponsored to celebrate others. Tonight we celebrate and continue Kathy’s role as founder of the annual Juneteenth Freedom Dinner. Now in its fourteenth year, the event serves as a celebration of our community’s leaders and innovators and a fundraiser for the Kathy Clay-Little Scholarship Fund at the University of Texas at San Antonio for communications students. Kathy died in 2011, but her spirit and commitment to community and social justice lives on. 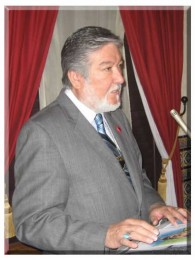 Civil Rights leader Jaime R. Martinez: Native of San Antonio who joined the International Union of Electrical Workers.  He served on the IUE executive board as secretary treasurer for District 11 , the first Mexican American at the national level, and served as the National Labor Coordinator for Coordinadora 96. He served as first vice president for the Central Labor Council of the AFL-CIO and as president of the National Labor Council of Latin American Advancement (LCLAA). He is founder and president and president of League of United Latin American Citizens (LULAC) Council #4626 in San Antonio. He was appointed National Chairperson of the Immigration Committee for LCLAA in 2001 and Labor Advisor to the National LULAC. And, in 2004, he was elected treasurer of LULAC at the national level.